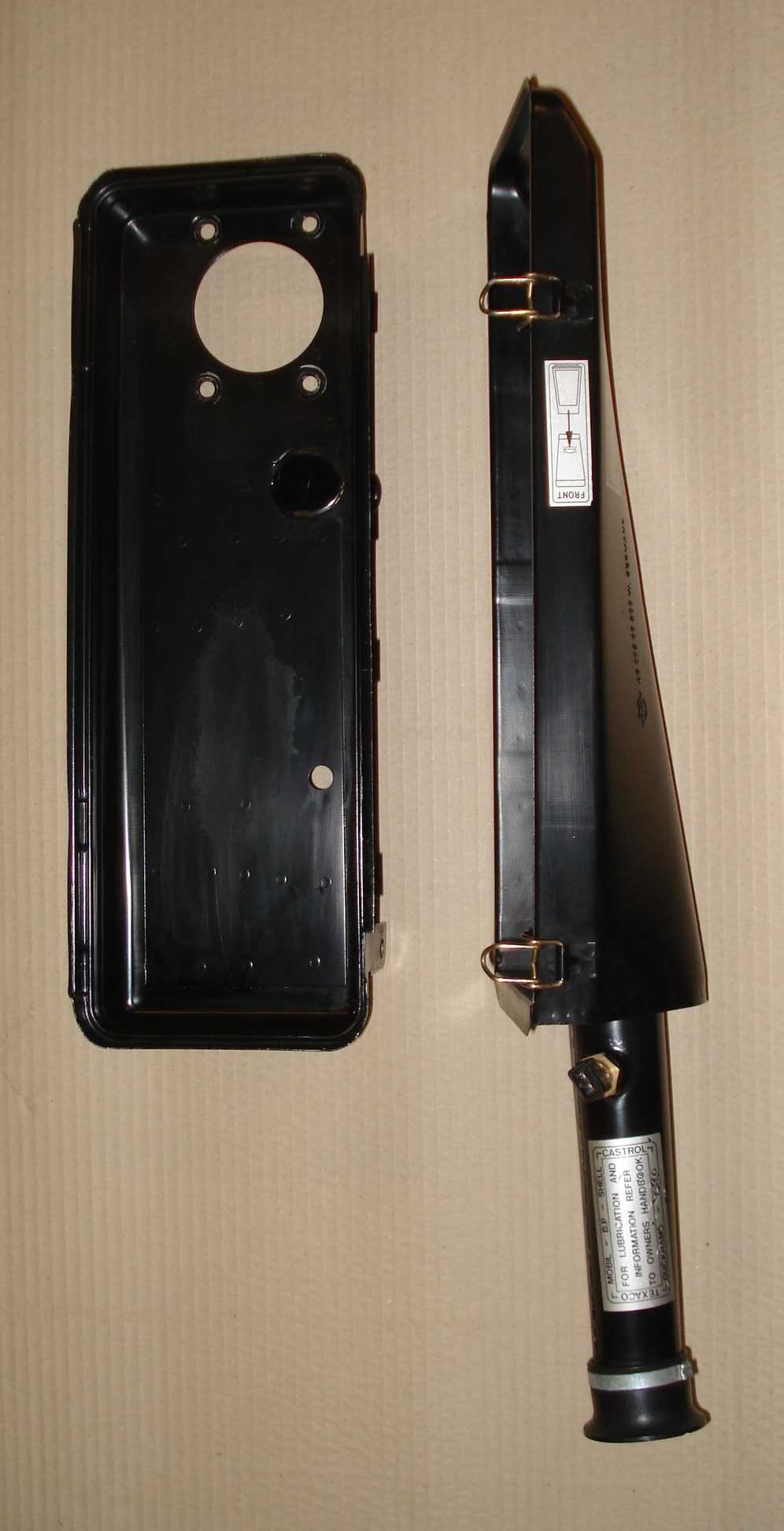 Fundamentally there are two types of air filter boxes used on the V12 XJS and XJ12 5.3. The LH photo above is the rear mounted type found on all XJ12 Series 2 & 3 cars and on the XJS until the arrival of ABS in March 1988. All XJS V12s after then have the forward mounted type shown in the RH photo in which the entire assembly has been moved forward relative to the throttle orifice.

There are many other variations according to model year and market. The following list explains the significant features and differences amongst them all.

All back-plates have over-run valve pipe stubs. Some variants have a vacuum dump pipe fitting on RH back-plate. Outer covers locate in shallow folded groove at lower edge of back-plates.

To cure a tendency for being blown open by backfires, four metal tongues were added to the lower edge of the covers to engage in four slots in the lower flange of back-plates.

Some variation of pipe attachments to RH back-plate, sometimes including a hole for a solenoid air valve for some European market cars.

Cars with air injection had a 3/4” hole in the RH filter outer cover for diverted air.

The crankcase breather attachment was moved back along the back-plate.

Back-plates are now about 45 mm deep compared to 35 mm of previous versions.

This is the only version of the forward mount boxes with over-run valve pipe stubs in back-plates.

The air injection hole in RH cover became standard on all and sealed with a grommet when not required.

The RH back-plate had a pipe stub for an additional crankcase breather pipe.

RH back-plate has a boss for the Marelli air temp sensor near the throttle and a hole for a solenoid air valve.

The long established original front crankcase breather system is replaced by a 5/8” stub pipe on each back-plate. These are connected via hoses and flow restrictors, to tappings from the manifolds, running to a new breather gauze system located in the rear half of the crankcase valley.

The stud on the LH back-plate changed from 1/4” UNF to 6 mm thread.