How Things Are Done at AJ6

Of course, anyone with a reasonable lathe can bore out throttle bodies. In the case of the Jaguar V12 there are about 20 detail variations in the throttles for different models over the years. Most of the changes relate to vacuum tappings which are often formed of tubular inserts pressed or threaded into shouldered holes from which the ports are drilled through into the main bore. One of the problems with increasing the size of the main bore is that the original drilled sections are removed leaving oversized holes.

To deal with this I remove the original tapping inserts and drill and ream out the holes. I then press in new shouldered inserts turned and drilled to appropriate sizes beforehand. The inserts are of sufficient length that they get bored and become part of the new throttle passageway. The tapped hole is therefore of the appropriate size and in the correct location (Fig. 1). 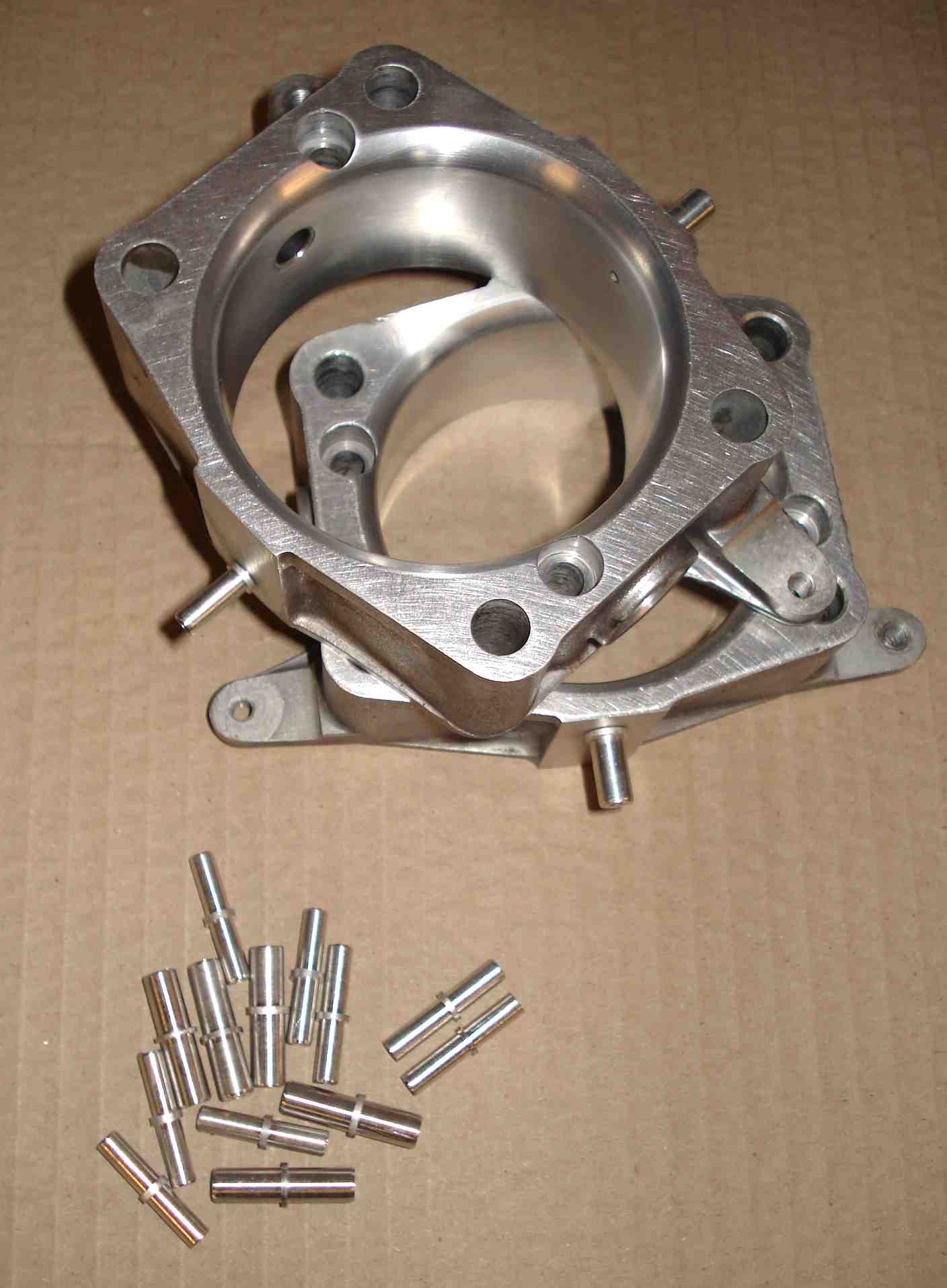 The throttle bodies are bored to 27/8” diameter, a radiused entry is formed on the outer edge and the faces are lightly dressed to a good smooth finish.

The throttle discs are cut from brass sheet and machined to size in a special fixture in the lathe to obtain the correct closing angle at the periphery.

The original spindle slots are not long enough to accommodate the larger discs so a slitting saw is used to extend them.

The original bearing bushes are slightly too long to be used with the larger bore so slightly shorter ones are used of similar type with a PTFE lining. New neoprene seals are installed to prevent ingress of dirt or air when the throttle is under vacuum in light load operation. The bearings and seals are lightly oiled during assembly (Fig. 2). 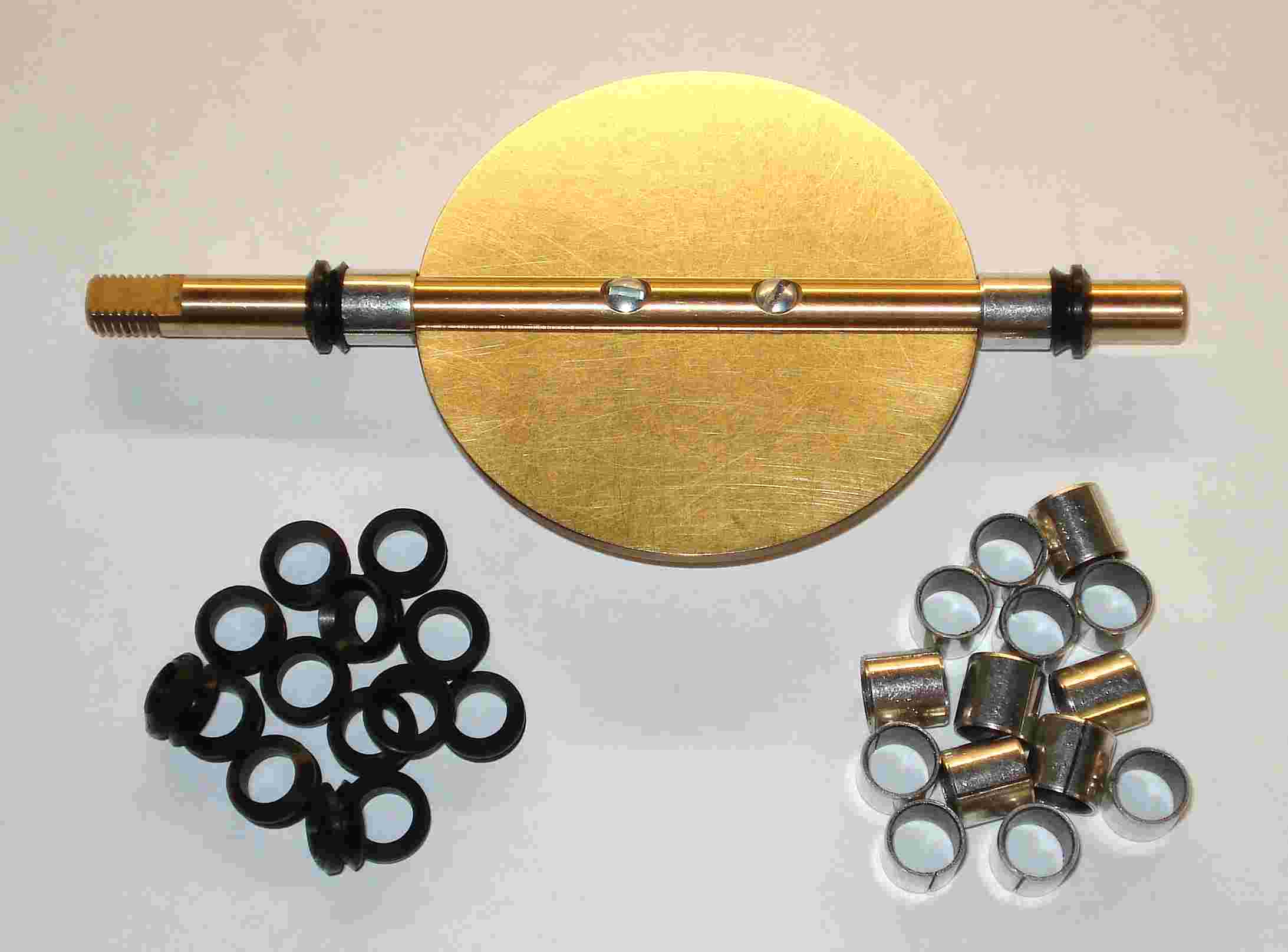 After assembly the throttle discs are centred and clamped up, then the screw stop is adjusted to give the correct edge clearance of 0.002” when closed (Fig. 3). 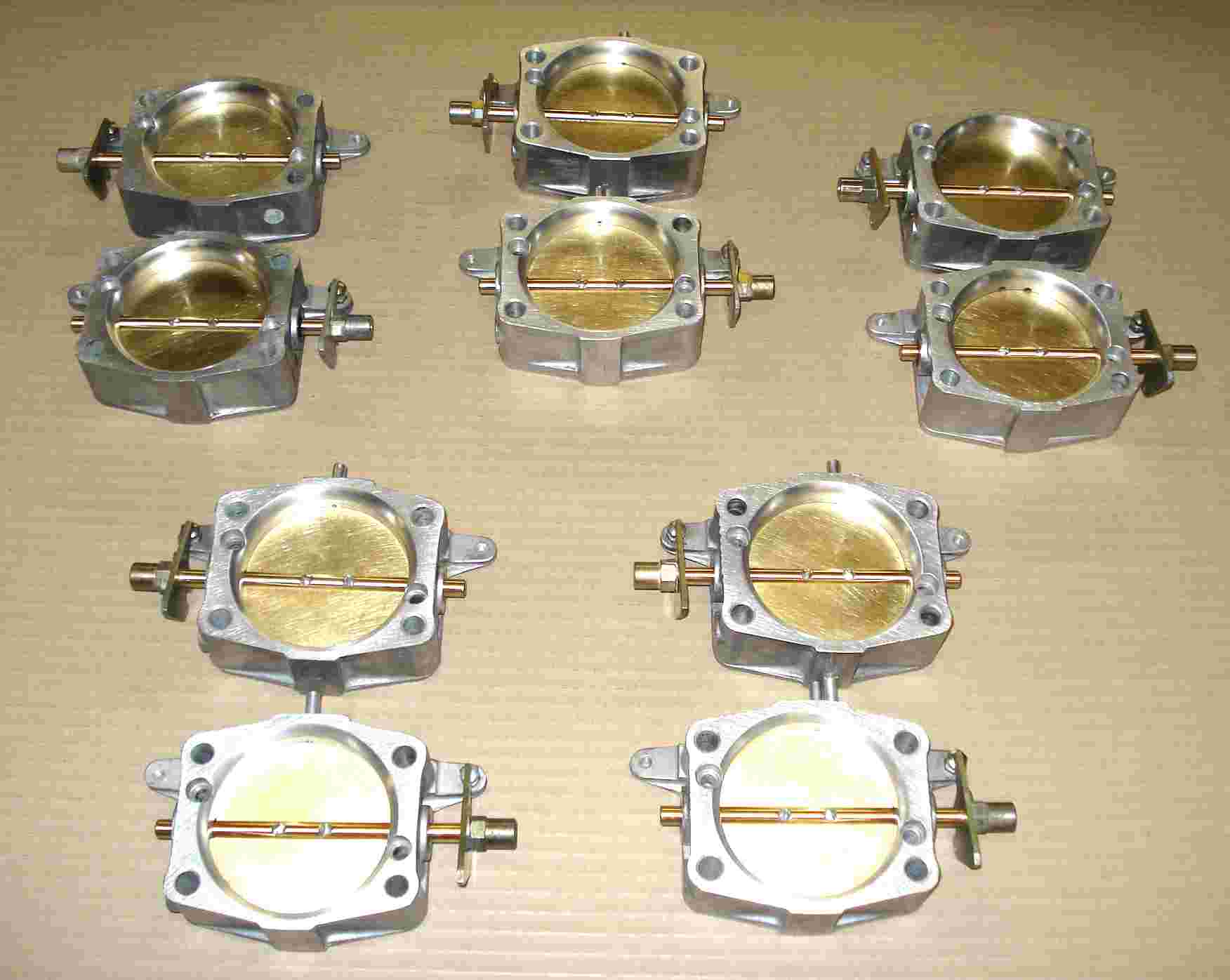 The filter back-plate holes are much too small to suit the enlarged and radiused throttles so they need to be opened out to suit. This could be done using a rotary cutter in an electric hand drill but that is laborious and messy. It is an operation that I carry out using a hole-saw with the back-plate clamped In a jig on a milling machine, which takes about a minute to cut through (Fig. 4). 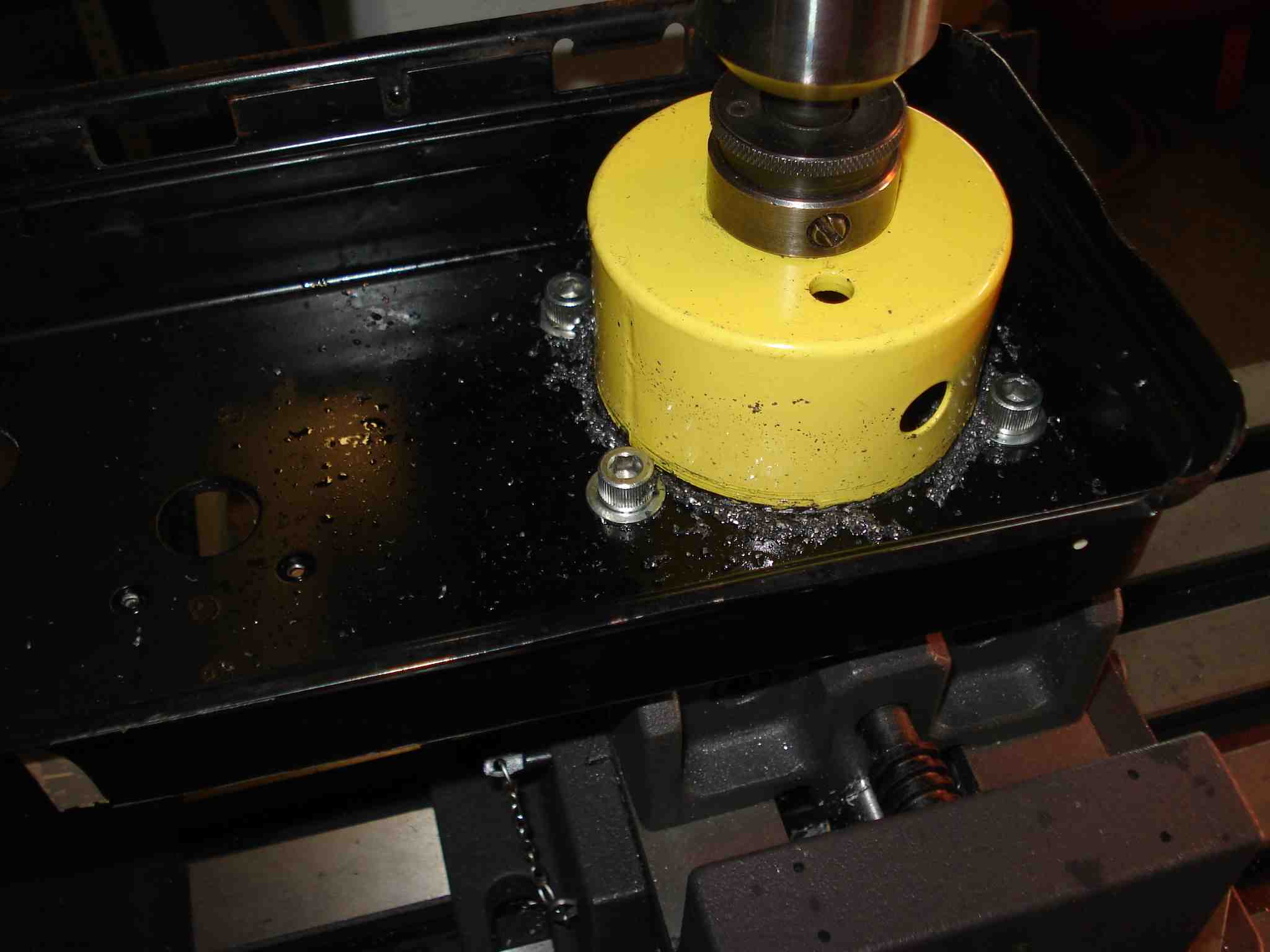 Early rearward mount air filter back-plates (prior to ABS in 1988) are quite shallow and it is possible for enlarged throttles to foul the filter spit-back plate and jam fully open. To prevent this we have always added a guard piece bridging over the throttle hole. (See webpage about filter differences).

A lot of people look at the 11/2” diameter intakes used on the V12 air filter boxes and conclude that they must be a serious restriction on performance. Of course the reason why they are that size is to limit intake noise of a car that was noted for its refinement. The true penalty amounts to just a few horse power right at the top of the speed range.

Obviously the Jaguar V12 cannot therefore be much troubled by the size of its intakes although it is worth increasing their size slightly and we do this by shortening the intake tubes and installing polished intake trumpets formed from 13/4” diameter stainless steel tube, providing an internal diameter virtually the same as the 3.6 for each bank (Fig. 5). There is slightly more intake noise than standard but not to excess and there is also some extra visual appeal. 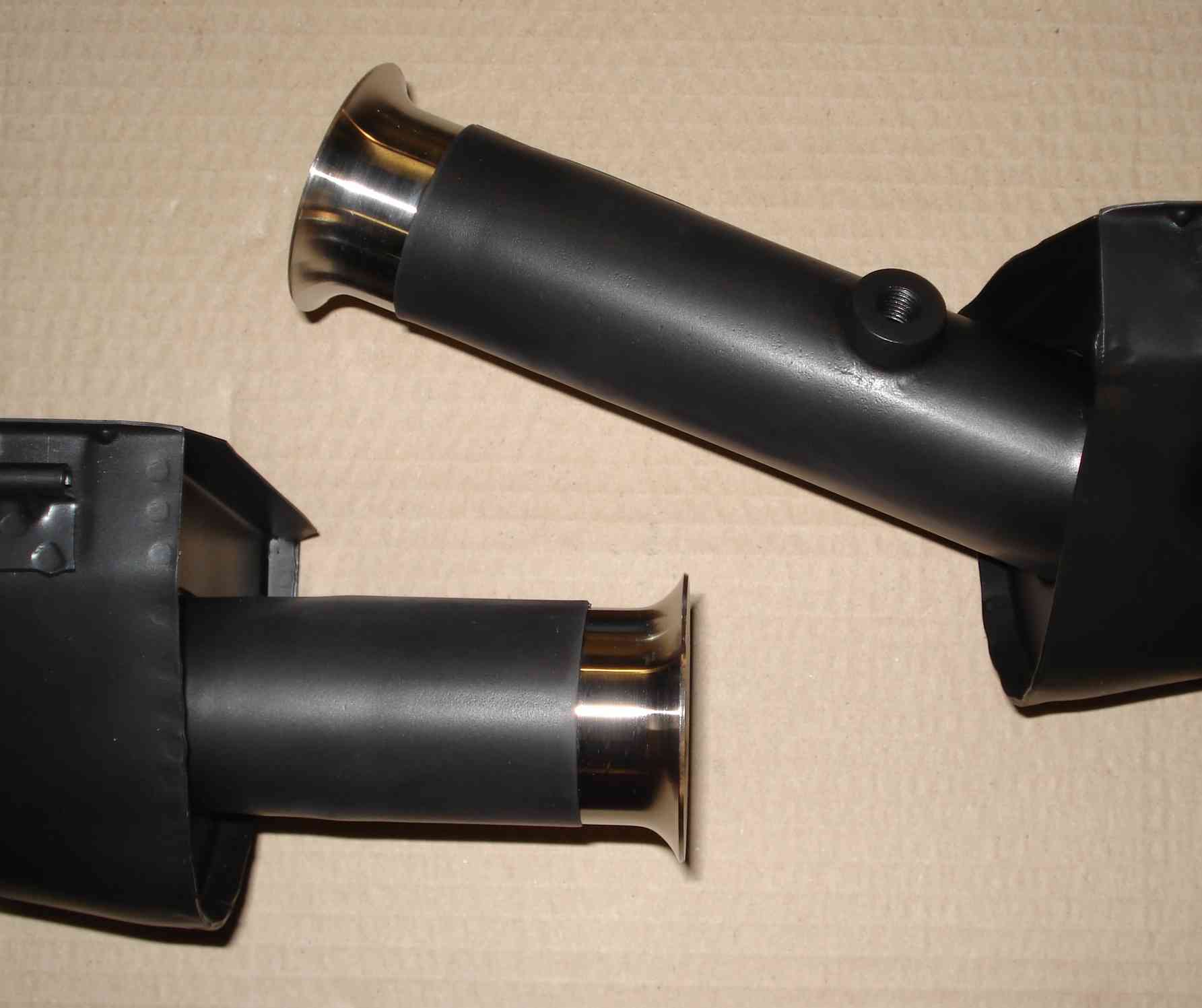 I form these on a press and then spin polish them. Just a bunch of them on the bench can make quite a striking picture (Fig.6). 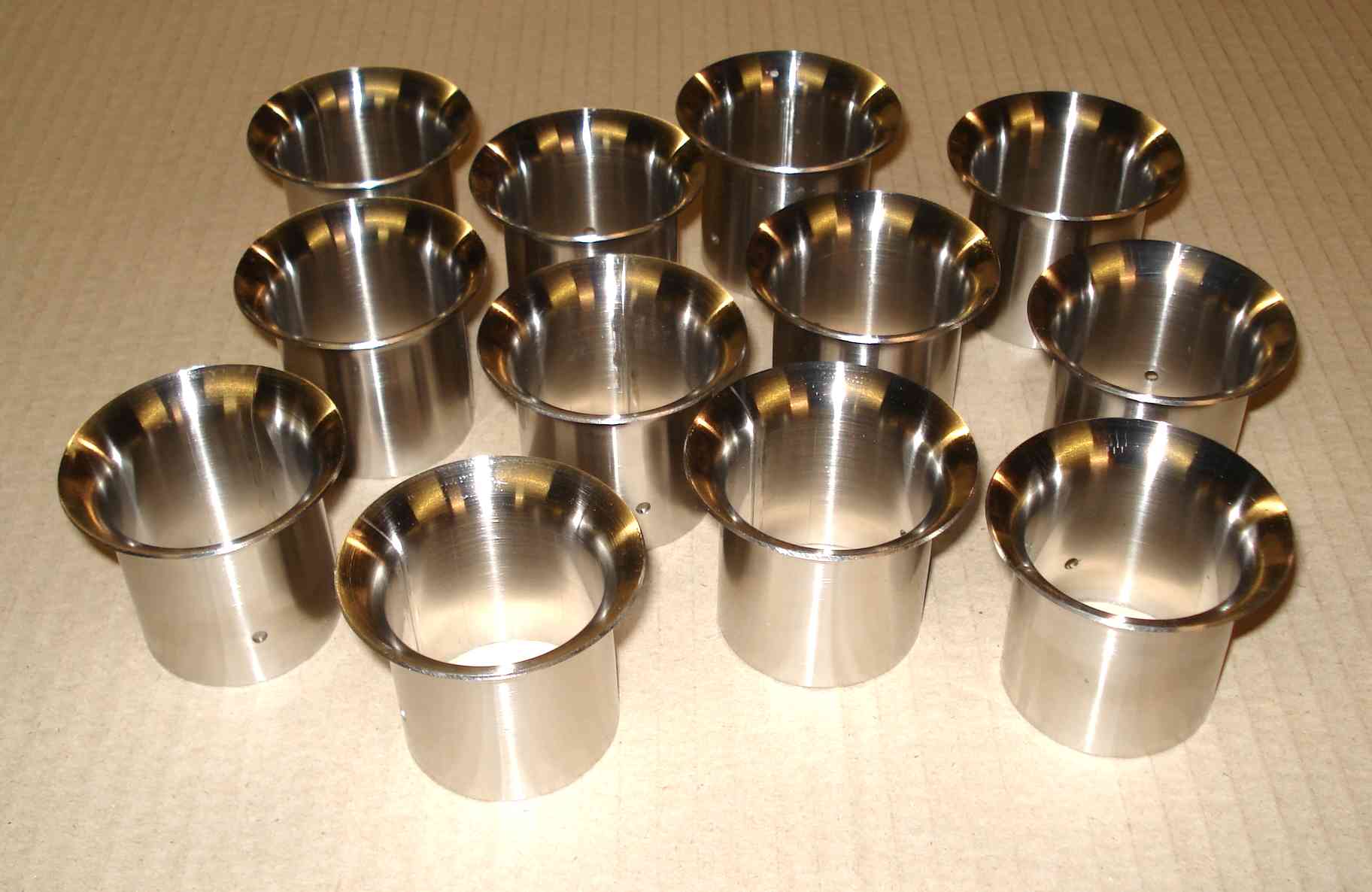 At one time we used to replace the original intakes with flared 3” diameter tubes (Fig. 7) but most people would then find the intake noise to be excessive, particularly applied to the later forward mounted air filters which can then result in a most unpleasant resonance inside the car. Such intakes are only suitable for racing or track use. We have also in the past refabricated filters to have two intake tubes of the original size.

The other issue is the temperature of the air drawn in by the intakes from just behind the radiator. Air temperature does have a profound effect on performance in two respects: low temperature air provides a denser charge and more power; higher temperature air has lower density so reduces pumping losses and improves cruise fuel economy. Higher air temperature also aids mixture formation at part throttle for more stable idling and better light load driveability. 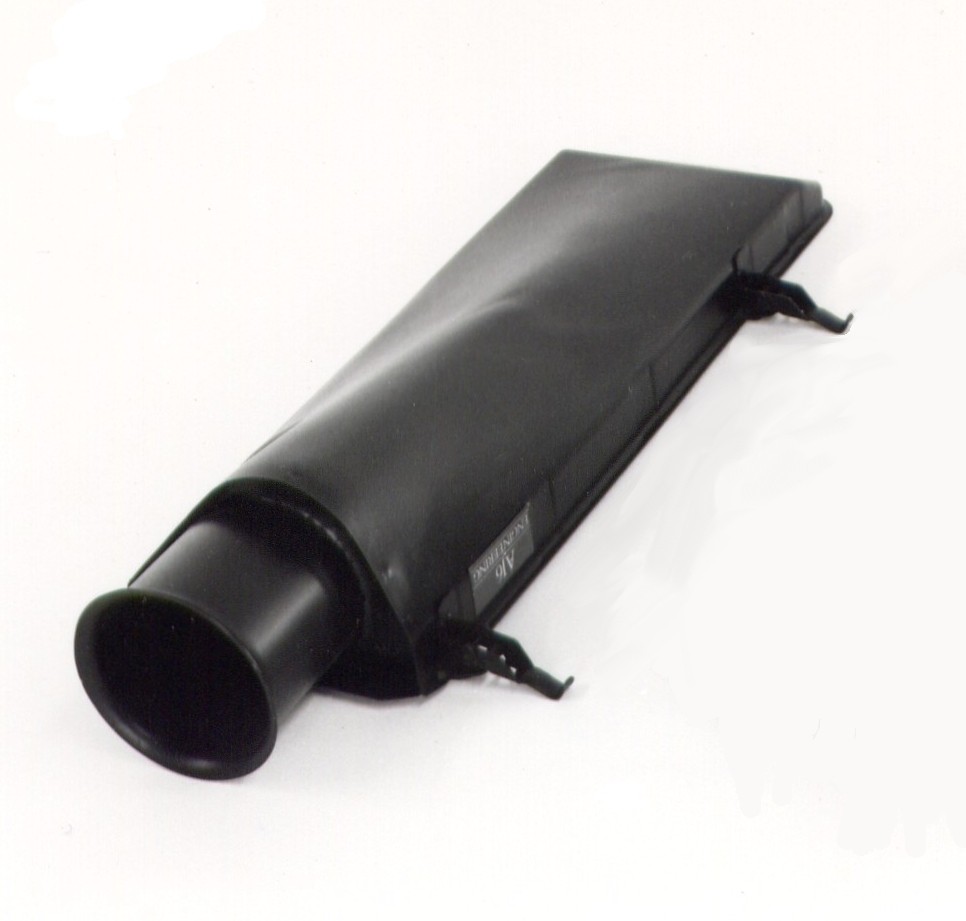 Although the engine bay air temperature can be dramatically high when idling, the situation changes considerably with more airflow through the radiator as speed increases. In essence the air temperature effect is to improve fuel economy at low speeds and in traffic, whilst allowing power to increase at higher speeds, which seems to be a quite sensible compromise.

I have now discontinued adding supplementary intakes and trunking below the air filters. The reason is that the performance difference did not justify the extra complication, which not only added to the fitting operation it also made access to filter elements for service a little more difficult. This simplification enables me to maintain prices of Large Throttle and Plus Torque kits at a reasonable level.

Our special AJ6 air filters are made on the same metal carriers as the normal factory paper filters. In fact, I buy in new paper filters and strip the paper material from them. The spit-back plate is bored out (otherwise a significant proportion of the filter material is never used) and the bare carriers are sent away to have the foam elements added (Fig. 8).

The original purpose of the spit back plate was to protect the paper filter element from damage in the event of any backfires, which were common on the XJ12 S2 and S3 saloons because of their twin fuel tanks; the only warning to a driver that a tank was about to run dry would have been a succession of backfires in the intakes, causing possible damage to the paper elements. This could also blow the filter outer covers loose, prompting the addition of the four extended tongues to engage with holes in the back-plate lower flanges. 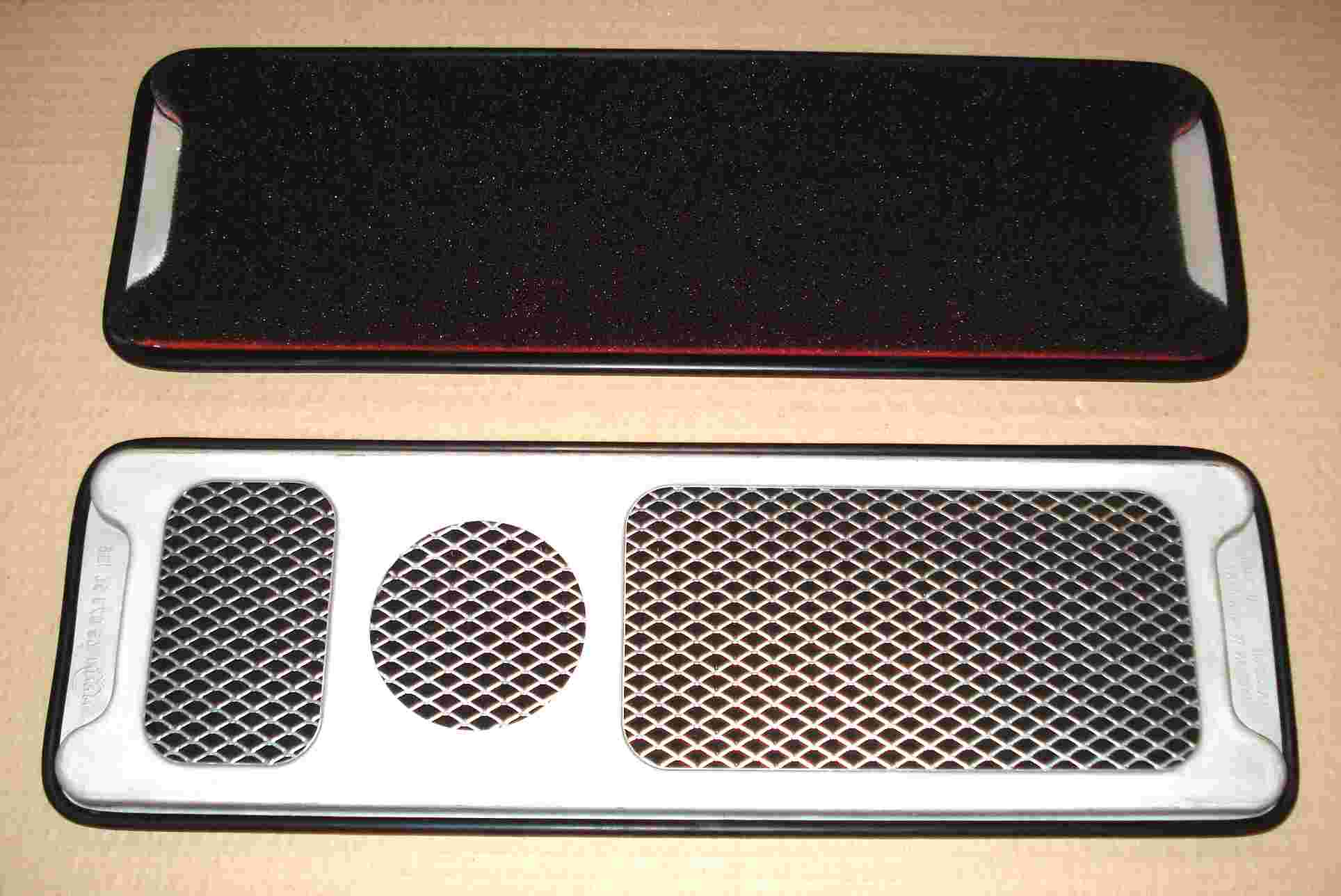 Our foam filters are far less restrictive so do not require such protection. They are, of course, washable and can be reused instead of being thrown away at each service. Light oiling is all that is necessary after swilling off with a suitable cleaning fluid such as kerosene.

Actually paper filters are relatively unrestrictive when new but suffer badly as they become contaminated and then have to be thrown away.

It has been long known that the individual intake tracts used on the V12 are slightly shorter than the ideal for road use. The total length of each tract is critical for obtaining best volumetric efficiency from the engine and it is possible to vary the torque output of the engine at a given speed by as much as 20% just by altering the tract length, so it is a powerful method of influencing performance.

We carried out a number of experiments some years ago with variable length tracts on the V12 and other Jaguar engines and identified the optimum dimensions for different applications.

Extending the tracts of the V12 brings them into stronger effective resonance at a lower speed which has a significant effect on mid-range performance and acceleration (Fig. 9). 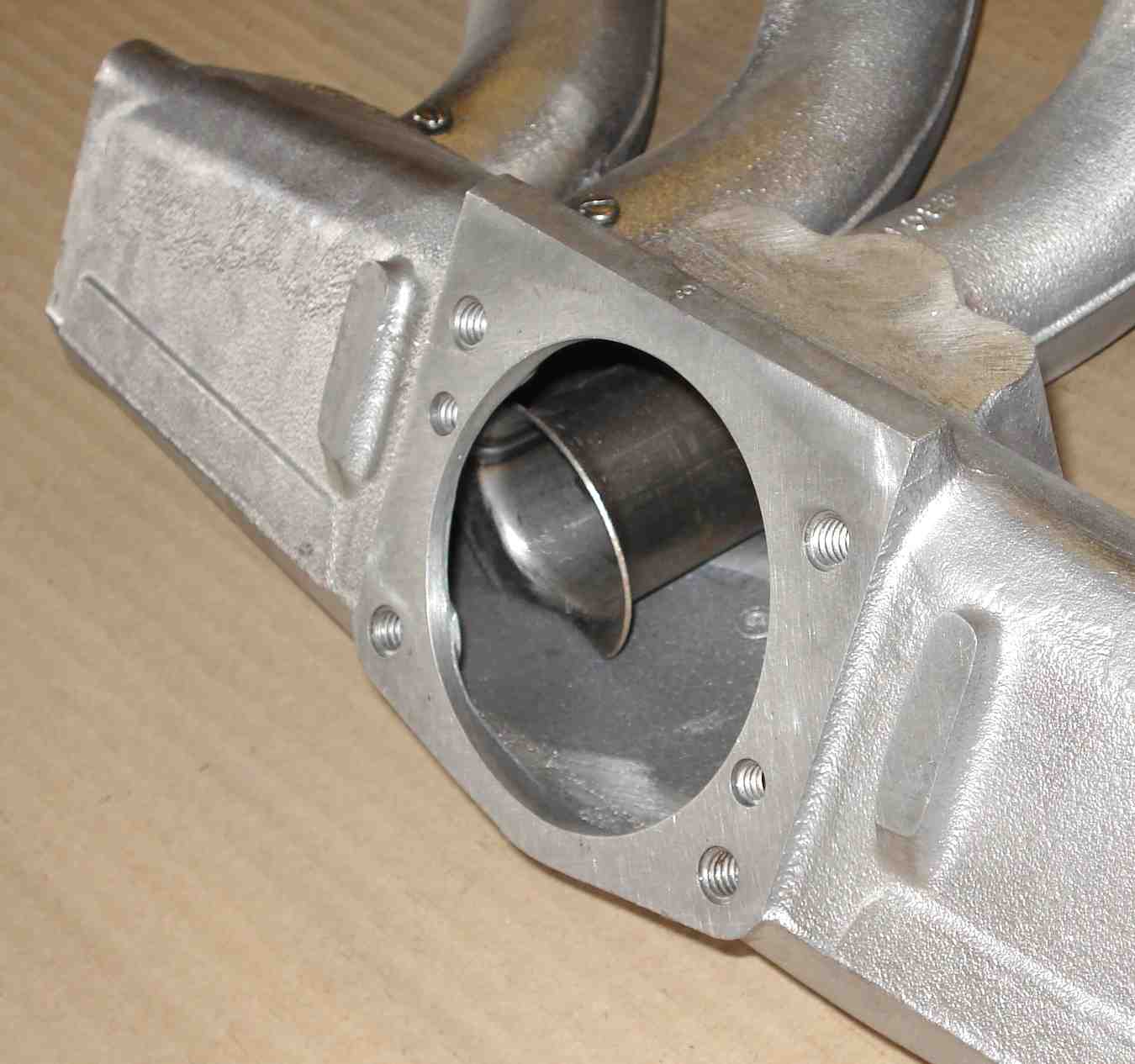 The intake manifolds are cut open and then the individual tracts are fettled internally to remove any casting imperfections (which can be significant but are normally never seen). They are then precision bored to accept trumpets pressed from steel tube (Fig. 10). 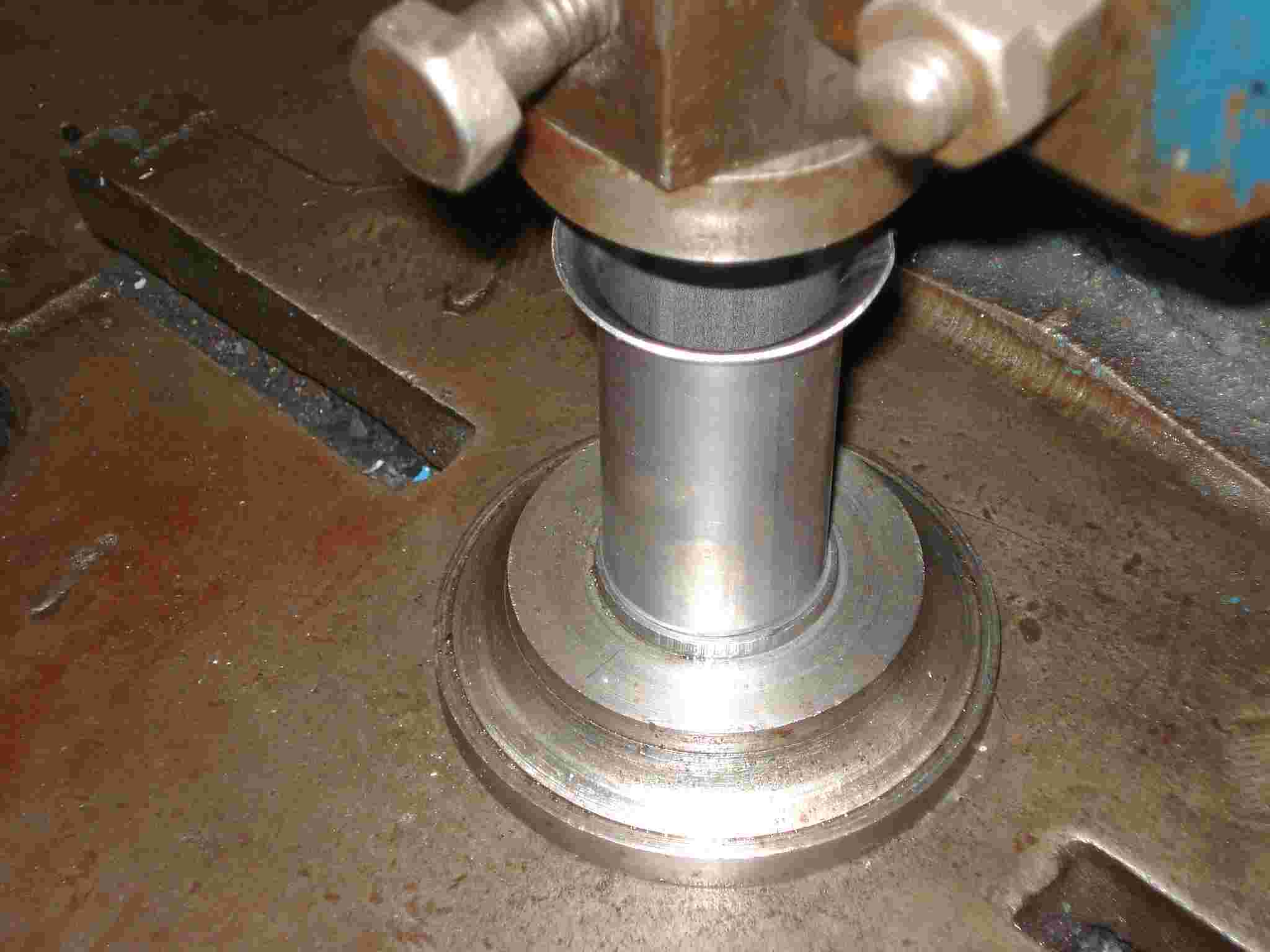 The trumpets are graduated in length according to their position. The flared ‘trumpet’ entry is also important but not so much for flow reasons as for the improved pulse reflecting action that is another aspect for obtaining good performance.

The trumpets are an interference fit in the bored tracts and also have lock screws added underneath for additional security.

The manifolds are finally welded back together and the top surfaces are machined and dressed to look exactly as the original – either ribbed or badged type as required.(Fig 11).

My colleague Dennis Priddle carries out the manifold fabrication work using skills he honed years ago building and racing top-fuel dragsters (Fig. 12). In 1972 he made the first six second run outside the USA and became known ever after as ‘Mr Six’. That name also became attached to the dragster which is at present in the midst of a restoration for future display purposes. 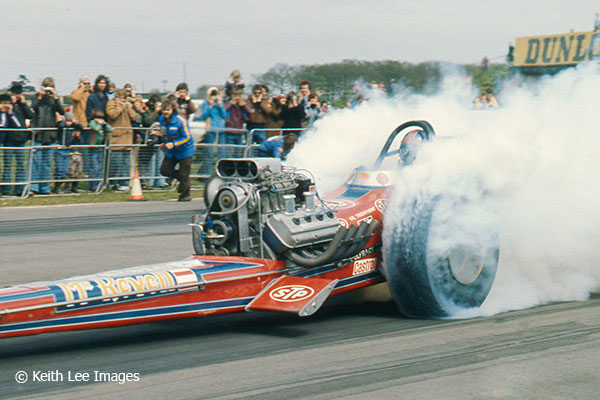 In recognition of his achievements on the drag strip Dennis has recently become a member of the International Drag Racing Hall of Fame. He is only the second Englishman to receive this honour, the other being Sydney Allard.

My humble contribution to the high torque manifolds is to make the trumpets (Fig. 13) and tidy up the usual irregularities in the outer ends of the tracts (Fig 14). 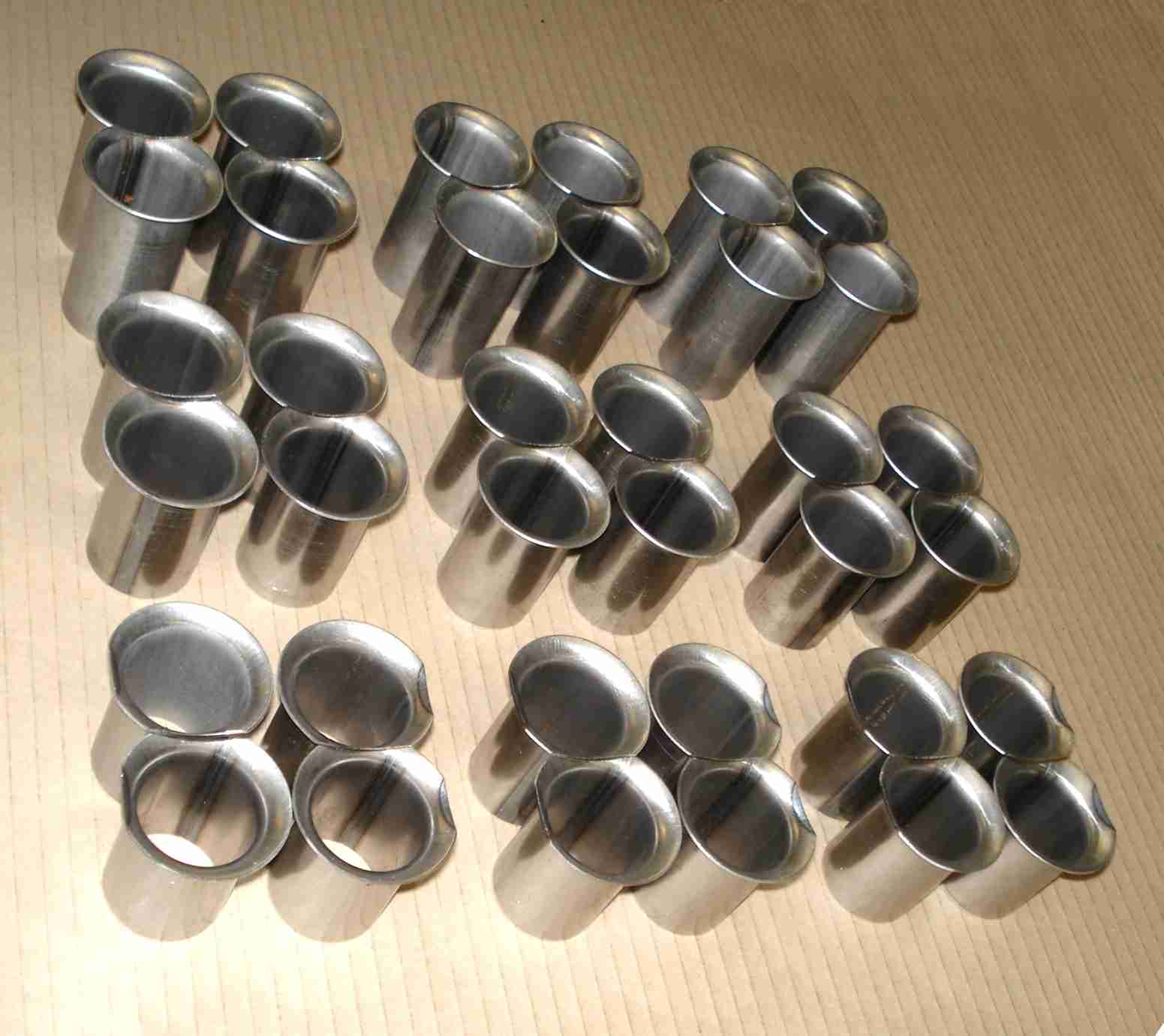 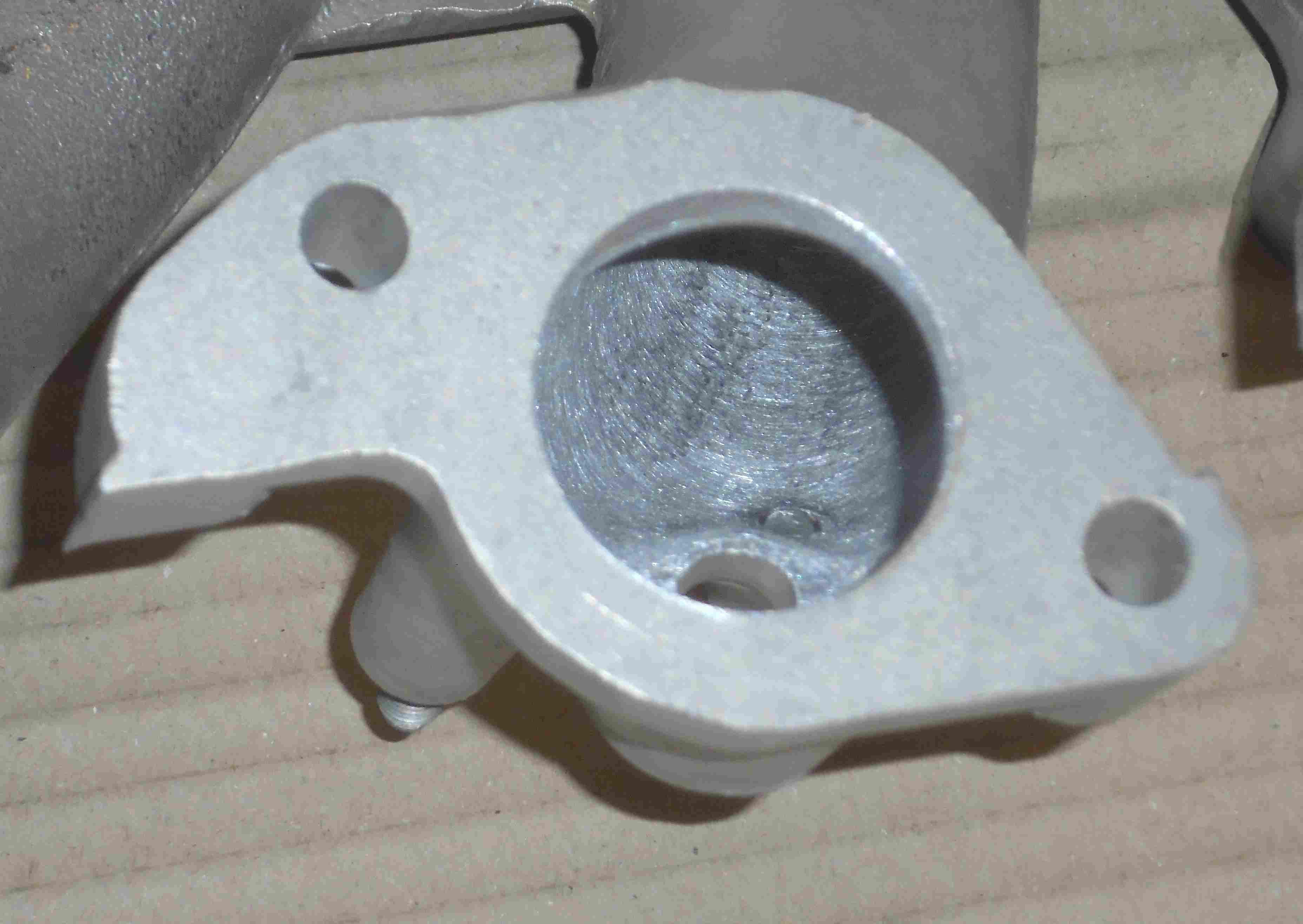 Sadly, after producing over 1000 of our V12 high torque manifolds for our Plus Torque kits, our advancing years have slowed down the rate at which they can be produced so lead times on these manifolds can sometimes be longer than we might prefer.

This is an activity I have been involved with for over 30 years during which I have accumulated a lot of data and experience on all Jaguar V12 ECUs except for the final X300 version, of which only a small number were produced. Early XJS 3.6 ECUs are also surprisingly regular subjects that I work on. About 20 years ago I used to repair and modify a lot of Rover V8 ECUS but I don’t often see those now.

It is not possible to go out and buy a rig for testing ECUs and those I use are all home-made with adjustable settings for temperature and other signals.

Banks of injectors are driven by an ECU on test just as they would be in the car. The same injectors have been operating regularly, sometimes for long periods, for over 20 years without any problems. 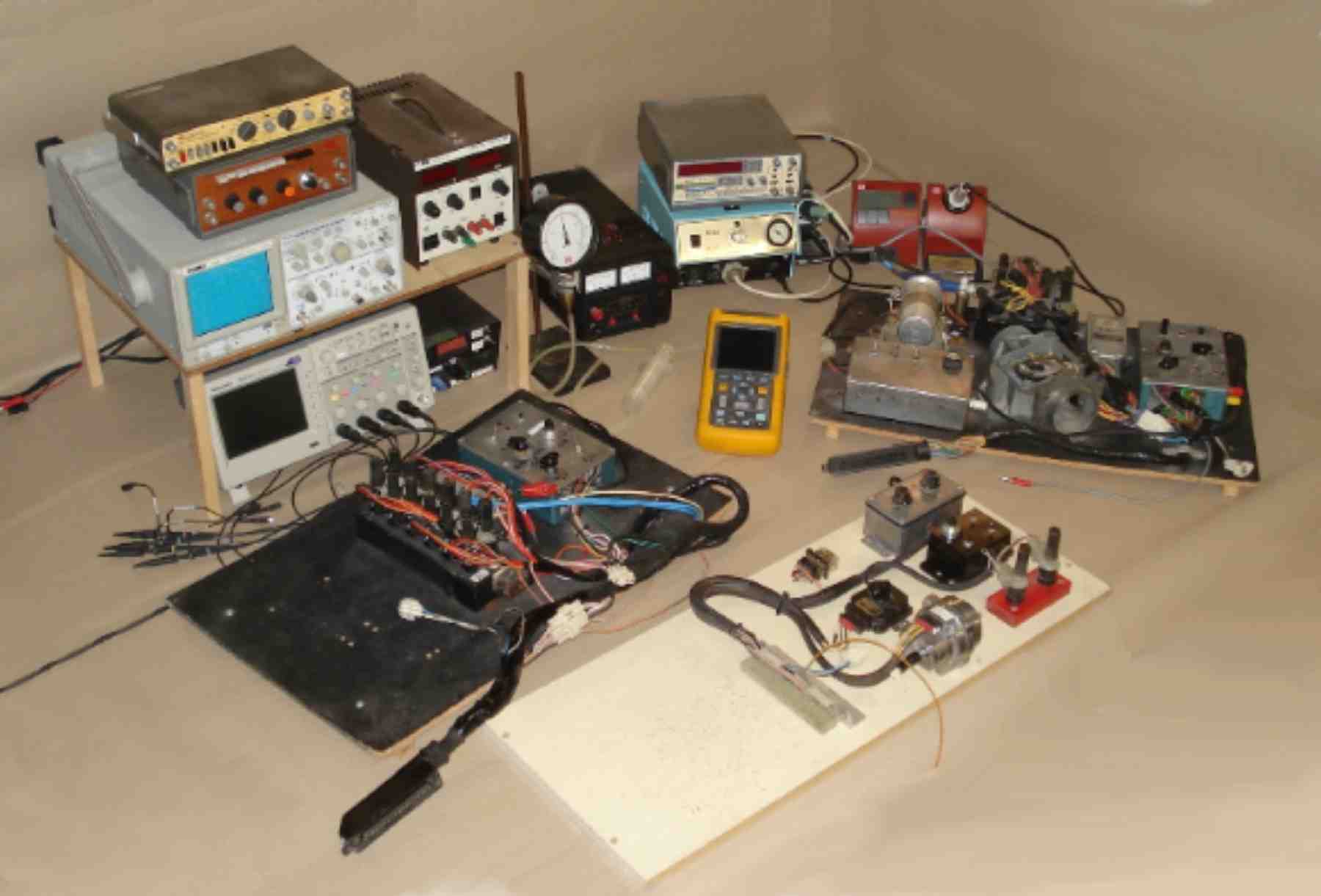 Fig. 15. shows the following equipment that I use.

There are lots of other items not shown such as an air-flow rig for operating mass airflow meters and an EPROM emulator/programmer. Of course, there are also numerous files of data sheets, circuit diagrams, specifications, programs, fuel maps, etc., built up over many years.

The AJ6 range of high quality stainless steel exhaust systems are made for me by J.P. Exhausts in their factory nearby, equipped with several CNC mandrel bending machines with up to 3” pipe capacity and also laser cutting for fittings and flanges. 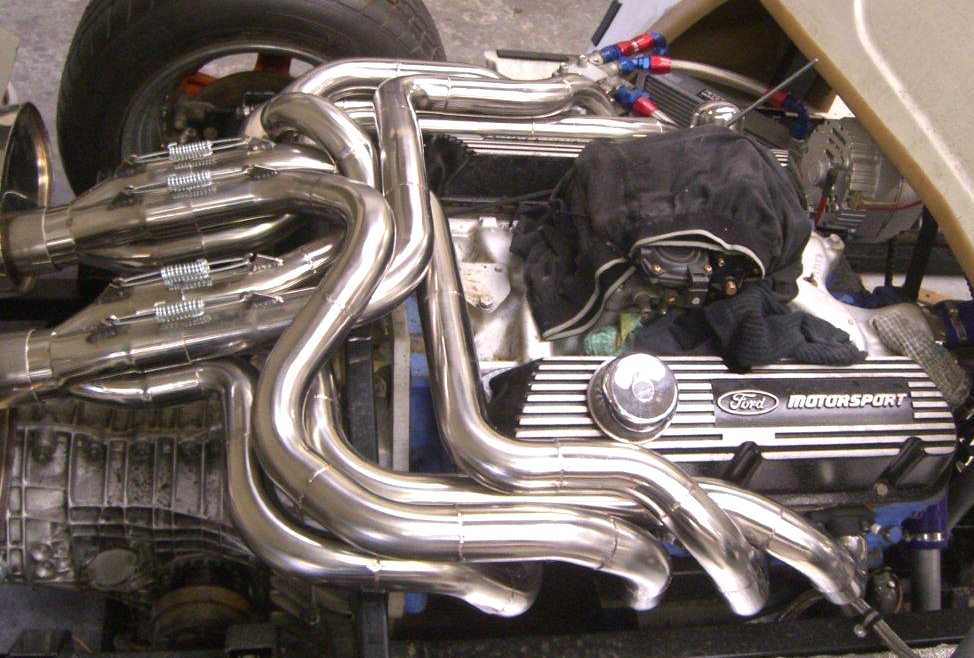 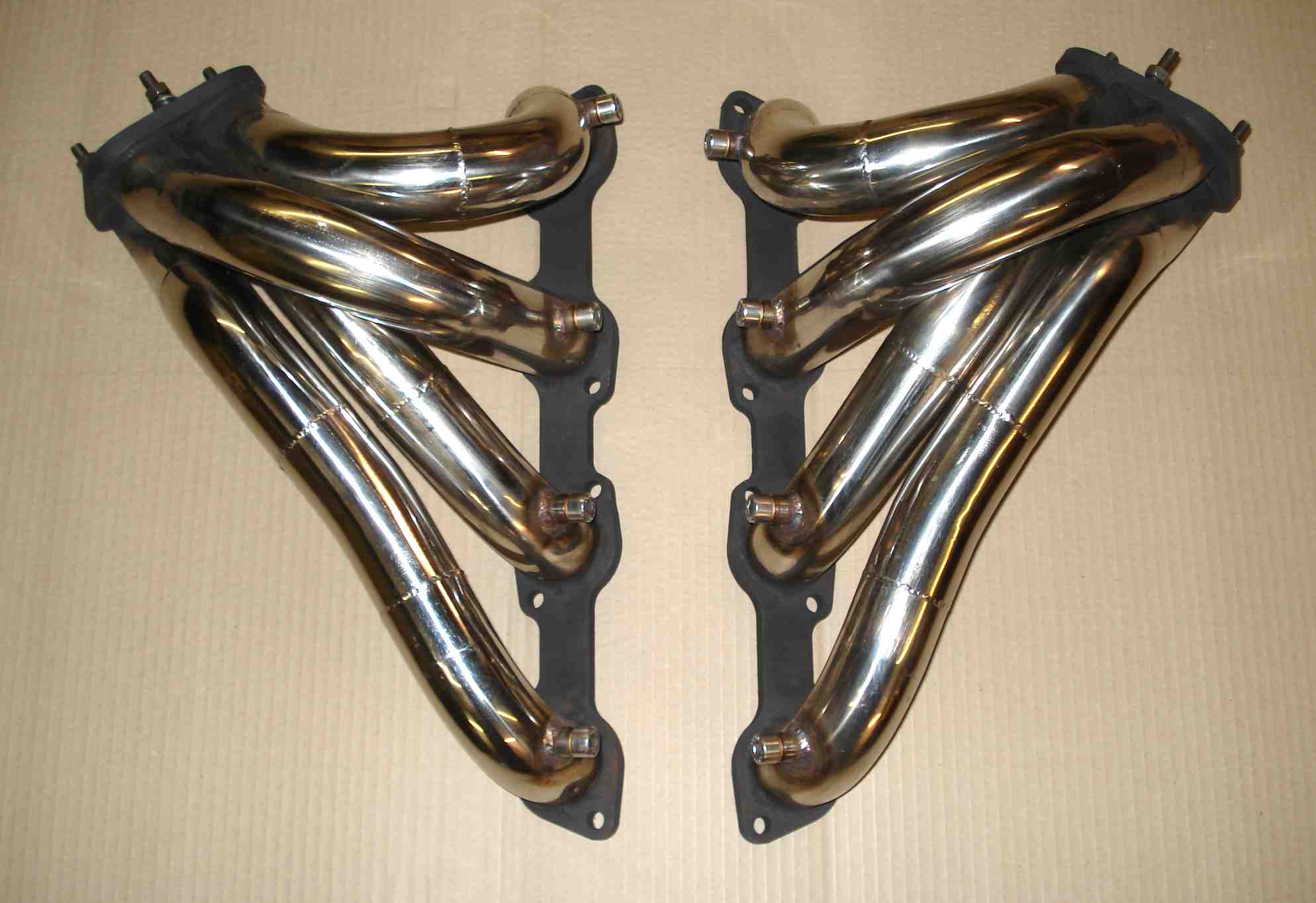 The skilled work-force produces a range of systems for other old and modern classics such as Ferraris as well as track and race cars (Fig. 16).

AJ6 Engineering is the sole distributor for Jaguar systems made by J.P. The AJ6 range is made to my specification and I endeavour to personally inspect and wrap every system for despatch.